The Bureau of Automotive Repair is pretty predictable.

If you’d like to know the sure fire way to end up on their radar, it’s pretty easy to figure out the system.

If you’re a Smog station, the BAR sends in undercover vehicles for Smogs, and they will then issue a citation. After 3 citations, they will go after your license. For some of their antics, take a look at this post. 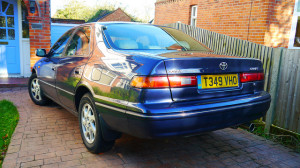 You should fight every single Smog Citation.

Why? Because it’s your license. I don’t say this lightly, but 3 of these and you can expect a 30 page indictment from your local Attorney General’s office requesting your license to be pulled.

I wish I could say that every undercover operation performed by the Bureau was legitimate. I wish I could say every single citation I’ve seen even made sense – but think about it. The Bureau shows up, saying you did this wrong – sign here or there will be trouble.

Who’s to think anything else could be different? I discussed some of the tactics here.

The truth is the Bureau is wrong. More often than you think. My favorite was a citation for not checking functional timing on an OBD II car with ECU controlled timing – imagine getting that citation.

Bottom Line – fight the citations, get the evidence, demand to see photos, videos, reports, and records to see how they set the vehicle up for the sting. It’s your license – every strike is on the path to losing your livelihood.

Don’t let the Bureau of Automotive Repair take that away from you.

How do you fight Smog Citations?

Because each Smog Citation is a mark on your professional license, you’re entitled to due process protections before any negative mark goes on your record. The best way to ensure the citation is legitimate is to make a request for discovery.

The Bureau of Automotive Repair will do their best to have you sign off on these rights. Why? Because they know as well as I do that when you start asking questions, all of a sudden their ironclad case seems to fall apart.

With something as important as your Smog License and Smog Station License, you can’t afford to take chances. Finding and hiring an attorney who specializing in defending SMOG station technicians and owners against the Bureau of Automotive Repair is a good first step. We offer a free consultation – so reach out today.