Bureau of Automotive Repair Citations and the STAR Program

Updated: July 18, 2016 – NOTE: this page is a gateway to information and discussions on citations as received from the Bureau of Automotive Repair. To view more information, click here or give us a call for a consultation.

We have seen at least a five-fold increase in undercover operations against Test Only and Test and Repair Smog Facilities. The reason behind this is very clear – the Bureau is trying to thin the herd of Smog Stations and Technicians and prevent them from qualifying for the STAR PROGRAM.

Let’s be clear, if a technician is issued a citation, or a facility, they will NOT qualify for the STAR PROGRAM for one year.

Let’s take a look at the Bureau’s Q and A:

“4.8  If a technician at the station I own gets a citation, is my station out of the program?

4.2    Can one isolated mistake on a Smog Check inspection force me out of the STAR Program?

It depends on the nature of the mistake. A mistake that leads to a citation or an administrative action is grounds for and can lead to the invalidation of a station’s STAR certification.    In contrast, it generally takes several repeated inspection errors before a station fails to meet any of the STAR performance measures that are based on Smog Check inspection data.

1.6    Once a station’s STAR certification is invalidated, how long until that station is eligible to re-apply to the STAR Program? 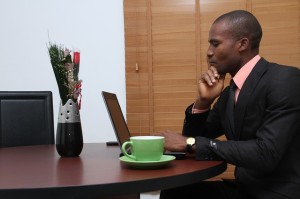 Stations that have their STAR certification invalidated by BAR are not eligible to apply for the STAR Program for at least six months. A station or any of its technicians also cannot have received a citation within the last year, nor have been the subject of a BAR administrative action with the last three years. Both are based on the effective date of the citation or administrative action, and not the date of issuance.”

With the advent of the STAR PROGRAM, fighting a citation is more important than ever – one citation can preclude you from either working or running a facility testing directed vehicles – the lifeblood of any test only station.

What this means is a facility, much like a Gold Shield facility, is one and done.

This is why every Bureau of Automotive Repair Citation now needs to be fought.