The Bureau of Automotive Repair and Braking Systems: What Now?

Whether a car can come to a stop is perhaps more important than whether a car can start at all. For example, as people go up the winding roads to Lake Tahoe, they are often more concerned about the ability of their cars to get through the snow then they are of the ability of their cars to stop when needed. As the old-timers might say, it’s not whether you can get your car going that matters. It’s whether you can get your car to stop!

The Mission(s) of the Bureau of Automotive Repair 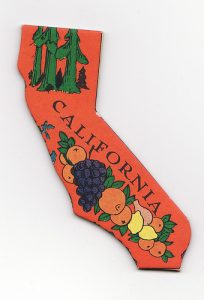 We pay a lot of attention to trends, rumors, and even gossip with respect to the automotive repair industry! We cannot say for certain whether everything we hear is true, but on the other hand, sometimes the rumor becomes the reality, whereas other times the rumor just stays a rumor. Be that as it may, it is a good reminder to everyone that first and foremost when conducting brake and lamp inspections on a vehicle, you must do your best to comply with the regulatory requirements. You probably already know this. In fact, were sure that you already know this if you are involved with the BAR. That’s not news.

What is news, or what is a source of constant friction between the industry and the Bureau of Automotive Repair is the use of so-called undercover cars by the Bureau. In a sort of stealth apparatus, the Bureau may be sending out undercover cars in surreptitious mode, with various issues with respect to a vehicles brake or lamp systems.

And, to make matters worse or at least more complicated, in some situations the Bureau of automotive repair may be interested in pursuing criminal action against a technician and or a station not because of a failure to comply with the testing requirements on the brake or lamp systems.

Now, this is a very informal blog, and any reader should take everything that we say on the blog with a grain of salt. After all, the purpose of a blog is to make commentary on what may or may be going on in in industry. This is not the gospel truth. We’re not sure it even is the truth.