YouTube Outreach by the Bureau of Automotive Repair: Who Knew?

Social Media – the likes of Twitter, YouTube, Google+ and other so-called new media – are often thought of when it comes to media superstars like Taylor Swift or the cast of Saturday Night Live. Big retailers like REI, Target, or Gucci are also known to populate the media with photos, tips, tricks, and insider scoops for their fans and followers. But the Bureau of Automotive Repair? Before you chuckle, it is surprisingly true that the Bureau of Automotive Repair is using social media, and not just to reach consumers. In this post, let’s take a look at YouTube. 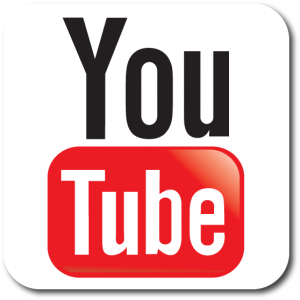 Yes, the Bureau has a YouTube channel at http://bit.ly/1Luru6r.  Who knew?  Well, now you do!  Among the more interesting videos for those on the “doing” side of SMOG checks (rather than the general public) is a recent video entitled ‘SMOG Check Inspection Using the BAR-OIS,” which goes step-by-step through the official recommendations.  As of February 17, 2016, it has 454 views and three ‘thumbs up.’ Who would have thought?  Now, compare that with Rihanna’s ‘What’s My Name’ behind-the-scenes featuring Drake at 820,381 views, and of course it’s not a comparison. But the one is a technical video and the other one for pop culture. So don’t be harsh. Other videos on the Bureau Channel include such blockbusters as ‘OIS Registration New Password Policy’ (7470 views), ‘California BAR-OIS Registration and Download Video’ (17,897 views), and ‘Bureau of Automotive Repair Diesel Smog Check 2010 (32,475 views). Now, that last one is probably ‘going viral’ due to all the issues with Volkswagen Diesels and SMOG check problems. So there you go – you can use YouTube to keep up with the BAR.

Now, within the California state bureaucracy, the Bureau of Automotive Repair is in the Department of Consumer Affairs. Not surprisingly, there are some interesting videos on the Dept. of Consumer Affairs YouTube channel at http://bit.ly/1LurZgP.  For example, there is a video on a ‘Road Side Emission Survey,’ meant more for consumers than station operators.  219 people have saw fit to watch this video, which is only slightly more exciting than watch cars crawl by on a Los Angeles freeway.  If that isn’t thrilling enough for you, there is the April, 2015, Bureau of Automotive Repair meeting online at https://youtu.be/zxdehTKH64Q, which has 600 views and even one thumbs up.

Now, we’re not mocking the Bureau of Automotive Repair. You have to walk before you run, and hopefully in the future, more useful videos will be posted. The point is just to alert you that there are YouTube videos out there other than Rihanna and Drake, and perhaps you could check them out as as SMOG Check Station owner or technician in your copious spare time.