Q. My technicians work for me, but I can’t supervise them every minute. If they make an error, why should I be held responsible. Especially in what looks like an almost criminal accusation?

This is one of the most frustrating parts of the legal system in regard to professional licensing law. Right now there is an accepted principle of strict liability where if you have a license, such as an Automotive Repair Dealer License, a Smog Station License, you are strictly liabile for the actions of your employee. However, there is some case law to support the fact that since technicians are individually licensed by the same agency, the Bureau of Automotive Repair, the grounds for needing the legal principle of strict liability are absent. However this needs to be corrected at a higher court through the appeal process as judges have been unwilling to consider a change at the lower court level.

Q. The technician in question doesn’t work for me anymore. I don’t even know where lives. How can I be responsible when I can’t even find him to defend myself?

The same frustration from above is here as well. We had a situation where the technician actually died before the citation was known to the shop. The judge STILL issued the citation to the facility. This shows the absolute idiocy of these citations. 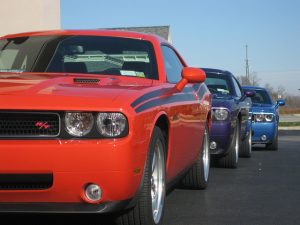 Q. What if me or my technician makes an honest mistake in SMOGing a car. It’s not always easy to use the machines properly or to do every single item on every single car every single day correctly.

It’s impossible to be perfect. I don’t care how good a technician is, you’re going to make a judgement call the Bureau will agree with. Say you have a 1996 Chevrolet Astro Van with a charcoal canister in place. There’s a hole in the plastic housing. You don’t smell fuel, you don’t see charcoal, and the check engine light is off and the vehicle passed the OBDII plugin. What’s your call? You had no idea the BAR emptied the charcoal, manipulated the monitor, and capped the hose to prevent the smell of fuel from tipping you off. It’s a rigged system to say the least.

Q. I have heard accusations about cleaning piping, or clean plugging. What are these slang terms?

Clean piping is using the emissions of another car during the ASM or TSI tests on a BAR97 machine. Clean Plugging is using another vehicle’s (or other device) OBDII connector to pass the OBDII functional check for the BAR97 test or for the complete plug in test for DAD/OIS based testing.

Q. What is VID (Vehicle Inspection Data). Doesn’t this penalize stations in more affluent areas where people keep their cars more up-to-date by comparing against poorer areas where people do not? Every neighborhood in California isn’t equal!

Yes. The BAR likes to pretend a statewide or county statistical data summary can be transposed on an entire demographic region. Beverly Hills cars will have much different maintenance than those in Compton. The BAR does not do a very good job in accounting for statistical descrepancies based on demographics. I have clients with 97% pass rates whose residents annual income exceeds several million dollars. Strangely enough, their cars don’t fail smog, yet BAR is attempting to go through with a STAR Invalidation. It makes no sense.

Q. Let’s say an undercover car comes in and my technician makes a mistake. Shouldn’t I get a second chance? Is it one time and fail? How is that fair?

Generally speaking, there is a 4-step citation process. So technically it’s more of a three strikes and you’re out – except when it comes to STAR. If you get one Citation, the BAR will try and Invalidate your STAR Certification. For some facilities, this is 50-70% of their business. Needless to say, fair doesn’t even begin to describe such a scenario.

Q. Let’s say I have an on-going dispute with the Bureau of Automotive Repair and they suspend my license temporarily. Does this mean I can’t operate my business? If so, I’ll essentially go out of business while the legal issues go on and on. How is this fair?

There is a process called a Petition for an Interim Suspension Order. This is a hearing where the Bureau of Automotive Repair seeks a judges order to temporarily suspend the license(s) of a licensee. The Bureau basically has to show two requirements under Business and Professions Code 494; one, the licensee has commited vioaltions, and two, continued operation of the licensee puts the public at risk. This is where the case is won or lost. If you’re put out of business, the hearing generally isn’t until 30-45 days later under the best of circumstances. Needless to say, these are declaration only cases. It is a “war of declarations.” You can’t go there and talk your way out of it, you need to file evidence, declarations, etc. It may not be fair, but it is where you need to win the ISO to stay open.

Editor’s note: the preceding are just some of the more common questions asked. Remember not to construe anything written here as legal advice. Consult with a professional attorney if you have any questions about any issues vis-a-vis the California Bureau of Automotive Repair.