The War of Words: Cars, Vehicles, Attorneys and Lawyers

We attorneys are people who deal with words on a daily basis. If, for example, you have received a citation from the Bureau of Automotive Repair, then we may be representing you in hearings in front of the Bureau. If you, as a station owner or technician, are not a person who is adept at the war of words, it may be difficult for you to fully understand the proceedings. The Bureau, after all, has its own staff of professional attorneys, and the regulatory language surrounding SMOG certificates in California is not something that is easy for the layperson to understand, even if that person is a technician or station owner! Attorneys, after all, it drafted all of this documentation, and we, as a group, tend to use rather elevated and technical language.

The War of Words and the Bureau of Automotive Repair

In other words, pardon the pun, all of this is a war of words. Some words are direct synonyms, as for example the word car and the word vehicle. Similarly, we may be called attorneys or lawyers, but to the average layperson this is essentially the same thing. Not to mention law firm, which is essentially a conglomeration of attorneys. There are many words that mean the same thing, and this even extends to proceedings that involve the Bureau of Automotive Repair. For example, people often refer to it as the BAR. However, bar can also mean bar as in the State BAR of California which is in charge of attorneys in the Golden State. 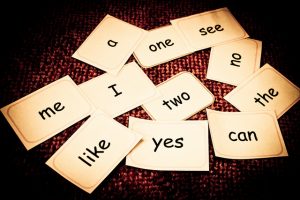 This leads us to another type of word in the war on words. The Bureau of Automotive Repair, for example, may issue you a letter, a citation, or even an accusation. All of these have different meanings, and you are very well served to understand what they actually mean. Not to mention, in any of these legal documents, you may receive many different types of information. You need to understand it, and that is not easy for the average person. Indeed, there is even a phrase called an informal hearing, which sounds very friendly, as if a couple of good friends were sitting down at a local coffee shop to discuss some differences of opinion about which car should have passed the smog test in which car should not have passed. However, even this informal hearing is not as informal as it would seem.

Reach out for a Consultation

In all cases, you will be well served to at least reach out for a free consultation with an attorney who specializes in Bureau of Automotive Repair issues. It often takes an expert in this war of words to understand what is really going on.