Yea…that’s the Ticket! How to Dispute a Bureau of Automotive Repair Letter 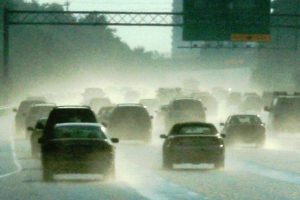 It normally includes finding a way to fine and penalize hardworking SMOG shops. We respect that they have the responsibility of keeping California’s air clear, but BAR attorneys tend to go out of their way to prove they are “right” and auto shops are “wrong.”  If you want to know how to dispute a letter from the Bureau of Automotive Repair, don’t let them create the narrative, call us first. They have a job to do, and we have a job to do: to represent your interests to the fullest extent of the law.

Fighting a STAR Program violation letter or a SMOG citation for an allegedly incorrect “SMOG” of a car is not the same as fighting a parking ticket. Sure you can complain whether the meter was off but ultimately you’re going to pay out something. There’s basically only one thing that needs to be confirmed, did you park lawfully? If you want to know how to dispute a letter from the Bureau of Automotive Repair effectively, it’s going to take more effort. That’s why you call us. We aggressively represent your interest as a station owner or SMOG tech against the Bureau of Automotive Repair.

No Lie! How to Dispute the Bureau of Automotive Repair Effectively

Setting the narrative in court is something that the Bureau of Automotive Repair and their lawyers are very good at. If a SMOG shop owner goes into court alone thinking it’s as easy as fighting a traffic ticket, they are in for a shock. BAR attorneys can very quickly change their story to win an argument. Maybe your auto technician was initially accused of a small violation during a SMOG inspection, but then the accusations begin to grow. Think of Tommy Flanagan from Pathological Liars Anonymous. He’s an SNL character played by Jon Lovitz in the late 1980’s. “Tommy” would start off with a small story then elaborate until he’s telling a tale so outlandish even he has a hard time believing it. After every change in the story he’d say “yea…that’s the ticket!” For a fun time, Google him to watch Jon play it the first time on Johnny Caron in 1985.

If you want to learn how to dispute the Bureau of Automotive Repair, however, step one is to have a team of top defense attorneys on your side. Defense attorneys who understand how the STAR Program and SMOG issues work in real life, and with respect to the law and regulations. We know exactly what a day in court can look like and are prepared to protect your hard-earned STAR certification. We’ve heard it all in court before. From a simple SMOG check citation to a STAR appeal, we understand how the Bureau of Automotive Repair can inflate the accusations. It’s not as amusing as Tommy Flanagan’s approach and the result could end up in losing a top SMOG technician or worse, the entire business. Instead of allowing the Bureau of Automotive repair to exaggerate in court, contact our auto defense attorneys to keep the story straight!