Learn the Rhetoric: SMOG Checks and the Bureau of Automotive Repair

You could say right now many Americans are in the middle of an “awakening.” They have spent years listening to the rhetoric of one political party or another only to be continuously disappointed. For instance, a politician might commit to bringing more jobs to poor neighborhoods. 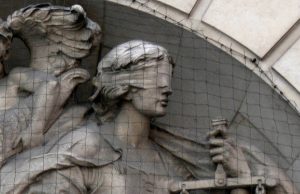 After an election season, nothing happens. Or even worse, the jobs that ARE available have been shipped away to somewhere else! Then those same neighborhoods don’t see a politicians smiling face until the next election cycle. No wonder so many people are feeling duped on both the left and the right.

The most significant issues we face in California are the barrage of laws our leaders pass to “make things better.” It’s clear they either don’t think about intention vs. result, or they just don’t care. For instance, the Clean Air Act can intend to do what the title says; make air cleaner for all Californians. Of course it’s good to worry about clean air, and of course there needs to be government regulations and enforcement.

However, one of the possible “results” is SMOG shops or participants in California’s STAR Program being accused of wrongdoing with very little evidence. You could ask, why is a SMOG check violation letter coming from the Bureau of Automotive Repair? Especially when SMOG shops support the clean air initiative? After all those promises, what happened?

Winston Churchill said, “Politics is not a game, but a serious business.” That’s true. While the BAR gives their spiel about clean air efforts to the public, behind the scenes, they are in the business of disciplining SMOG shops. The Bureau of Automotive Repair could intend to catch fraudulent smog checks, but the result is accusation letters sent to STAR certified auto shops. If you’ve received a violation letter, this is your “awakening.” No more promises and smiles. Your business can be dealing with court dates, fines and possibly losing a STAR certification.

Even if the BAR means well, we’ve seen SMOG techs suffer the unintended consequences of their agendas. It’s time to speak up and contact one of our auto defense attorneys. We have a history of dealing with the Bureau of Automotive Repair SMOG checks. We are lawyers, but also activists for YOU. We will use legal transparency to get to the facts.