Receiving a Citation From the Bureau of Automotive Repair Is Serious

Receiving a citation is never fun. Whether it’s a citation because you are driving too fast, whether you made an “illegal” left turn, etc. The same goes with a citation from the Bureau of Automotive Repair. It may be scary and obnoxious. 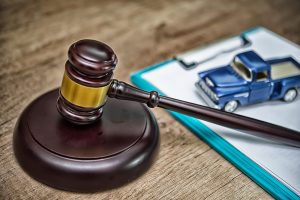 Not only that, but they have teams of very expensive lawyers who will stand up for them in court and do everything that they can to put you out of business. Those attorneys know the law inside and out, right way up and upside down, and they will, to use an age-old phrase, take you to the cleaners if you try to battle them on your own. It would be like trying to fight Tyson Fury with one hand behind your back. Or even like trying to fight Tyson Fury with both hands. You wouldn’t last the first round, either way.

Not Just Any Attorney

That means that if you receive a Bureau of Automotive Repair citation you need the services of an attorney, and not just any old attorney, but one who specializes in auto repair, and who knows how to fight the team of attorneys at the Bureau. And that would be William Ferreira at Automotive Defense Specialists.

The fact is that not only is William Ferreira a specialist in fighting the Bureau of Automotive Repair, although he has been doing it successfully for over ten years. He has personally taken over 500 cases to verdict before a judge at the Office of Administrative Hearings, and he has litigated, caused to be dismissed, or settled over 2,000 cases during that time. So, he knows how to take on the Bureau.

Better still, before changing careers and training as an attorney, he was himself an auto repair technician, so he knows everything there is to know both from the technical aspect as well as the legal side.

So, if you are in receipt of a Bureau of Automotive Repair citation, contact him direct on (415) 412-0472 or email [email protected]