Responding to a Citation from the Bureau of Automotive Repair: Think Twice!

You are probably a hard-working guy or gal, in the automotive repair industry. You might be a technician, who works for someone else, or you might be a station owner. Regardless, you are a person who lives off of your wits, and has to go to work every day to serve the Almighty Dollar. 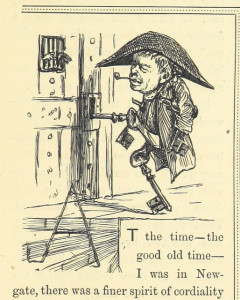 Government bureaucrats and those who receive their income from the taxpayer, while they are no doubt good people, do not experience the reality of having to go out to the marketplace to earn their keep. The money flows in from Sacramento, come hell or, high water, and many of these people who are career bureaucrats have little to no understanding of what it’s like to live in the marketplace.

Receiving a Citation from the Bureau of Automotive Repair

This brings us to the issue of receiving, and responding to, a citation from the Bureau of Automotive Repair. While this blog post is, in no way, and attempted to give legal advice, let us give you some psychological advice.

First, when you receive such a citation, your first emotional response will probably be one of anger. You work hard for your money, and you are an honest person, and essentially some government bureaucrat is accusing you of being dishonest. The tone of these letters is arrogant at best and insulting at worst, and that only puts fuel to the fire. Second, however, calm down. Do not act in anger, or in haste, because the persons who write these letters are not doing so in a malicious way, they are merely government bureaucrats fulfilling their jobs, with little or no understanding of what it’s like to be a mere citizen. The worst mistake you can make is to act out of anger. Second, you may be quite frustrated at the language used in these citations, and on the website of the Bureau of Automotive Repair as well. Bureaucrats assume that you speak “bureaucratize,” rather than plain English. Again, despite your frustration, it is a mistake to assume that you understand what is being said. Unfortunately, you have to be an expert at speaking and understanding “bureaucratize” to understand what is actually going on. Third, in your dealings with other persons, most of whom also live in the marketplace, you may be tempted to assume that most people will be fair in their dealings with you, and will want to get to a calm resolution. However, unfortunately, in some circumstances the incentives that the bureaucrats who work at the Bureau of Automotive Repair confront do not encourage them be kind to the average citizen who has made an honest mistake. Far from it, sadly.

Think Before You Act on a Citation

In summary, while we are in no way criticizing the employees of the Bureau of Automotive Repair as persons or individuals, we are attempting to help station owners, technicians, and other common folk, pun intended, who receive citations from the Bureau of Automotive Repair with respect to the SMOG program and/or STAR program to get their emotions under control, and to think rationally before they make a mistake. If you have any questions, reach out to us for a consultation.