Be Friendly but Keep Your Mouth Shut: Dealing with Government Agency Representatives

Okay, you know that old adage that if you don’t have something good to say but don’t say anything at all? 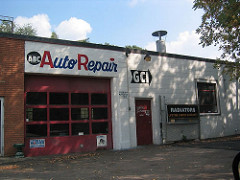 Well, that is good advice. As attorneys who represent station owners and technicians in disputes with the Bureau of Automotive Repair, here in California, we would go way past our fingers and toes if we counted all of the times that our clients, or potential clients, had wished that they had thought first and spoke in second. Too often, to use another quote, what you say can and will be held against you in a court of law.

Now, station owners and technicians are a friendly lot. Most of them are happiest when they’re working on a car, and second happiest when they’re talking to a customer. It’s a fun job to be an auto mechanic or technician, and even though the type of work that a smog station can do can be somewhat monotonous, you are doing the work of keeping the atmosphere of California as clean as possible. If it’s not God’s work, it’s at least the work of someone who does his or her utmost to make and keep the Golden State, golden. So, most station owners and technicians often start out on the foot that everyone is just being friendly, in doing their job, when confronted with a citation from the Bureau of Automotive Repair, accusation, or something even more serious that might rise to the level of a criminal issue, even in these situations, station owners and technicians may believe it’s all just a misunderstanding, and if they just explain themselves to the government regulatory officials, then everything will be okay.

However, it is good advice to be friendly to government representatives, but keep your mouth shut. In addition, it is good advice to think twice before you write something down in official correspondence to the Bureau of Automotive Repair. You, as a nonattorney, may make some judgments that are not in your best interests, and you may make statements that could be taken as statements of fact, or admissions of guilt, when that is not in your best interest, and it not is what you meant in the first place! Attorneys and paralegals often say that anything that’s on paper is real; so think long and hard before you commit things to paper in your correspondence.

On the flipside, unfortunately, many representatives of the Bureau of Automotive Repair, where there are undoubtedly many fine and respectable individuals who are doing their job to keep California’s skies clean, can fall into the trap of seeing station owners and technicians as the enemy. Rather than being truly friendly, they can fall into the trap of thinking every station owner and every technician is simply a fraudulent criminal who must be made to suffer, and must be made to be severely intimidated by government agencies. This culture of hostility is evidence when one goes to the Department of Motor Vehicles, and sees the not so friendly persons who often man the outposts. You wouldn’t think that the taxpayers are paying their salaries by the way that many of them act vis-à-vis clients!

Now, we cannot change some of the misconceptions that the Bureau of automotive repair and its attorneys have about the hard-working, private enterprise, station owners and technicians who ultimately pay the taxes that pay the salaries of those who work for the government. Again, many of them are very hard-working and friendly people who are just doing their job. If, however, you are unfortunate enough to find that one bad apple going to do his or her utmost to ruin you, your business, and your reputation, you may wish that you had been friendly but kept your mouth shut in dealing with the bureaucracy.

In summary, if you are in any sort of bad status vis-à-vis the Bureau of Automotive Repair, please reach out to an attorney for a consultation. A second pair of eyes, a person who is not emotionally evolved, and – let’s be frank – someone who is a bit cynical about how the whole process works, can really help you to achieve your goal of retaining your license and staying in the good graces of the Bureau of automotive repair.