Are Undercover Cars by the Bureau of Automotive Repair Legal?

Whether you like it or whether you don’t, it’s a fact that you can have a visit from undercover cars from the Bureau of Automotive Repair. 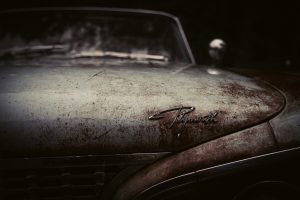 California’s Bureau of Automotive Repair has a number of different reasons for sending an undercover car your way. It could be you have a low failure rate, low visual failures, a high car count, cars passing at your station shortly after leaving another one, you own more than one station, or even that they just don’t like you. Then you can get a visit from undercover cars from the Bureau of Automotive Repair.

We get asked if this is legal – a government agency spending tax dollars in order to try and entrap you. The answer is yes and no. If they try to force you to do something which you wold not otherwise have done, then that is entrapment. However, most judges simply take the view that a “data review” caused the BAR to need to “verify compliance”. Some of these undercover cars from the Bureau of Automotive Repair also have hidden cameras and/or recording equipment which many technicians think is an invasion of privacy, but unfortunately the courts have ruled that such things are legitimate devices for most government agencies.

Furthermore, the Bureau if Automotive Repair is allowed to use fraudulent DMV notices to make them look like ordinary consumers with false names and false plates. When you look up the VIN there may not be a testing history. Most of these have some form of visual issue such as EVAPs, timing, air pumps, and so on, and sometimes they will add chips or other devices.

The simple fact is that they are out to get you. Their business is closing down auto repair shops and SMOG stations. It’s what they do. This is why if you receive a citation or accusation from the Bureau of Automotive Repair it’s no good brushing it aside or hoping that it will go away because it won’t. Furthermore, if you try and deal with yourself that is about the same as stepping into the ring with Andy Ruiz Jr – you’ll get flattened in the first two minutes.

You need somebody who can take up the cudgels on your behalf and knows how to handle the BAR. That would be our William Ferreira at Automotive Defense Specialists: it’s what we do.

Over the last nine years, Mr. Ferreira has litigated, settled, or caused to be dismissed some 2,000 cases and has also personally taken 500 cases to verdict in front of a Judge at the Office of Administrative Hearings.

He can take on your case for you as well.