If you watch old movies, especially made-for-TV movies about the law, you’ll often see appeals. They lose in Court one day and appeal to a higher court, to FINALLY see justice done. Well, guess what? You may have the right to appeal many decisions against you by California’s Bureau of Automotive Repair! 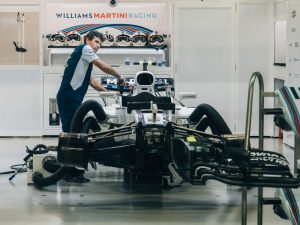 If you run a SMOG shop, you are not only running a business, but you are also helping Californians to remain healthy. SMOG is a word that was coined in the 1960’s in London and is a combination of the words “smoke” and “fog”. Indeed, this writer was born and bred in London and for some years worked at Selfridges in Oxford Street. There were days when it was almost impossible to see your hand in front of your face because the smog was so dense. In fact, when it was that dense it was referred to as “pea soup” precisely because it was so thick.

There is a long article on Wikipedia about SMOG, if you are interested, which delves deep into the chemical reactions which cause smog, but suffice it to say that the two primary causes are the burning of coal and emissions from vehicles. Since SMOG is so damaging to health, the State of California is quite right to do everything that it can to reduce traffic emissions, hence the birth of the Bureau of Automotive Repair.

Unfortunately, the BAR very often seem intent on taking things too far. The use of Bureau of Automotive Repair undercover vehicles that have been tampered with for the sole purpose of catching out a SMOG technician who fails to spot something that is almost impossible to spot is almost unreal. Yet the law is as it is, and the subsequent licensing decision can close your SMOG business down.

Appealing a Bureau of Automotive Repair licensing decision can be almost impossible unless you have Automotive Defense Specialists on your side. Our lead attorney is not only a first-class lawyer, but also spent many years working in the automotive repair business, so he is also a trained mechanic. He is precisely the man you want on your side when appealing a Bureau of Automotive Repair licensing decision because he knows everything there is to know from the legal aspect and the mechanical side of things.

Ideally, you would want to consult him the instant you receive any contact from the BAR, but if you haven’t and they have made an unfair decision, then you simply MUST appeal it. You will have a much better chance of appealing a Bureau of Automotive Repair licensing decision successfully with defense attorney William Ferreira in your corner.