What’s in a Word: Citation, Explored

We lawyers are “word” people. What we do for a living, in our case as top attorneys vis-a-vis the Bureau of Automotive Repair, involves words. What do words mean? Where do they come from? Some of those words are “official words” as when you receive a formal citation from the BAR. Others are informal words, such as the words used by auto technicians around the garage. And then there are words like SMOG which occurred historically by combining other words, such as SMOKE and FOG. 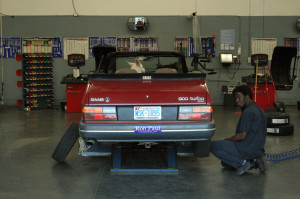 In that spirit, we’d like to take apart a common word we come into contact with frequently in our dealings with auto repair shops and technicians, from San Diego in the South to Eureka in the North: citation.

A word like “citation” means more things that you’d think. If you’ve recently received a citation from the Bureau of Automotive repair, you’d probably think “citation” means something like “ticket” or “you’re in trouble” or something like that. And, of course, it certainly does. But there are other meanings for the word “citation,” among them:

Origin of the Word, Citation

As for the etymology of citation (the origin of the word), there are some interesting facts here, too.  The word “citation” comes from Middle English and Old French from Latin “citare” to cite, which has roots in the word “to move” or “stir.” So, in a sense a “citation” from the Bureau of Automotive Repair is an impulse to “move” you to act – in this case, to reach out to a lawyer who can help you navigate the maze of words that is our bureaucratic and regulatory system here in the Golden State of California.