How to Fight the Bureau of Automotive Repair: The Perils of Procrastination

As attorneys who represent station owners and technicians against California’s Bureau of Automotive Repair, we get more than our fair share of inquiries. Often it’s a letter, a citation, or an accusation from the Bureau that sparks the inquiry. The bewildered station owner or technician isn’t always even aware of what the alleged violation was, when it occurred, or (most importantly) what to do next. 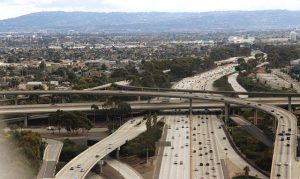 Photo credit: Prayitno / Thank you for (12 millions +) view via Foter.com / CC BY

The BAR often speaks “legalise” and it’s hard for lay people to understand that.  Many station owners or SMOG tech’s then just “ignore” the letter / accusation / citation, and that is NOT what you want to do.

If you have an overwhelming list of responsibilities to manage, it might seem like the easiest plan of action is to get busy doing nothing. Procrastination is a common human aversion to things we really don’t want to deal with. Don’t want to schedule that dental appointment? Maybe you’re too busy organizing the salt and pepper collection. Is there a pile of dishes in the sink? That last recorded episode of Game of Thrones isn’t going to watch itself.

Maybe you’re procrastinating for very real reasons. The SMOG station is swamped with customers and you’re already putting in long days. You know it’s key to be in the STAR Program for California SMOG requirements, and you’re just trying to say “in.” Focusing on how to fight the Bureau of Automotive Repair over an administrative letter may seem like overload. The time and mental effort it takes to stop everything and deal with such a confusing issue can make anyone decide to ignore the problem “for now.”

Unfortunately “for now” turns into “right now” and then the rug is pulled out from under you. Your SMOG certification or STAR Program certification is rescinded and there’s plenty of time to wish you had learned how to fight the Bureau of Automotive Repair!

Instead of ignoring the issue there is another choice; call a lawyer, preferably one who specializes in defense against the Bureau of Automotive Repair. A trained attorney can understand the “legalese” and advise you on your next, best steps. Some of the things you don’t even know could be causing you problems down the road. As lawyers who do this, day in and day out, we already know how to fight the Bureau of Automotive Repair. If your letter from the Bureau has been placed in the “to do later” box, pick it up and give it to us! We will tackle your BAR letter before it becomes something you regret putting off.

Photo credit: Prayitno / Thank you for (12 millions +) view via Foter.com / CC BY