Let’s get straight to the point, lifting the hood of a Bureau of Automotive Repair undercover car can be like entering an Open House. Everything looks well-maintained, but costly issues could be found if you take a more in-depth look. It’s important to really pay attention though. Like a smiling real estate agent showing a nicely staged house, the plan is to keep you from seeing what’s wrong. 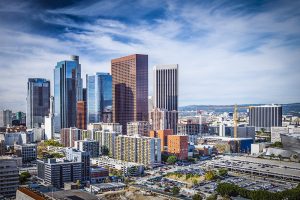 For instance, an older home may be considered “charming” with those old open-crank casement windows. A house full of them may let in a lot of natural light which can be appealing. Those old windows also let out a lot of heat in the winter time. Think of the heating bills!

Or maybe the hardwood floor original to that California bungalow appears a bit sloped. The real estate agent might try to downplay the problem and tell you there are some little “quirks” that come along with the house, but its fine. That funny slope can turn out to be a costly foundation problem. A smart home shopper can spot the signs leading to larger issues costing thousands later. Many of these types of houses are called “Lipstick Flips.” Homes specifically decorated to move attention away from severe structural issues. Bureau of Automotive Repair undercover vehicles might use the same concept. Is it legal? Well, are you a lawyer? Are you a judge? You aren’t qualified (or empowered) to make that judgement, but they sure want to hold a SMOG check technician or station owner responsible for what may likely be a likely mistake. Things are not as they seem; and you are left holding the bag.

Let’s say a clean, impressive Corvette is in line for a general SMOG inspection. It seems well maintained and an initial view under hood show some simple fixes. Still…something is not quite right. When the tech searches the cars VIN#, a testing history doesn’t show up. That’s the first sign there are deeper problems with this car than the “owner” is letting on. A SMOG tech familiar with this game may decide to walk away and refuse to serve the vehicle. That can be a risky move, but if the tech is correct in their assumption, they just saved their shop an expensive legal headache.

Unfortunately, it’s not always that simple. If a regular day includes twenty-plus SMOG inspections, even the most experienced technician is stretched too thin to be suspicious! That’s why we are here. If you’ve unknowingly serviced a Bureau of Automotive Repair undercover vehicle, and received a violation letter, contact us. Our attorneys know how cars are “staged” to fool technicians and appear better than they are. They also know the law and can fight back to defend your legal rights. The terrain in an administrative law courtroom may be fairer to you than what may seem to be a “set up on the street.”