Many SMOG Techs are not Inclined to Fight, but you MUST fight the BAR

Many SMOG techs and station owners – probably the large majority – are reluctant to get into a fight. We might be out driving somewhere, and someone insults or threatens us, but we turn the other cheek. 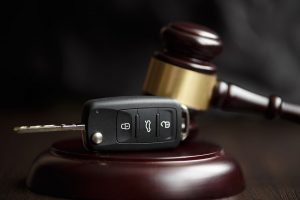 It is not in our nature to fight and it’s usually not a very big deal anyway, so choosing not to fight is a smart decision.

However, as a SMOG technician, if you receive any sort of action from the Bureau of Automotive Repair, choosing not to fight is completely the wrong decision. You need to fight at every turn to protect your rights. Neither is it a smart decision to try and fight them yourself. They know all the ins and outs of the law, and their job is to catch you out in any way that they can. You need the help of someone who knows how to fight the Bureau of Automotive Repair, and that someone would be our attorney here at Automotive Defense Specialists, William Ferreira.

In Many Cases The Bureau Of Automotive Repair Can Be WRONG!

Look at it this way: fighting the Bureau of Automotive Repair is what he does. He has handled over 2,500 cases – STAR invalidations, criminal cases, accusations, citation cases – and won many of them. Just think about that: in many of the cases he has handled that have gone to court, the court has ruled that the Bureau of Automotive Repair was WRONG! That means that it is very likely wrong in your case as well, which is why you need to make an appointment so that he can look at your case and advise you on the right course of action. He knows how to fight the Bureau of Automotive Repair. Although it can’t be said for certain, you won’t know how an active and aggressive defense might help you i fyou decide to “go it alone” rather than file a dispute with the BAR.

Before training to become a lawyer, Mr Ferreira grew up in the automotive industry as a technician himself. He has done just about every aspect of automotive repair himself, and he has kept up with the modern technologies. That means that there is nobody better equipped to fight the Bureau of Automotive Repair than he is because he fully understands both the law and the technical side of things. As such, he is able to explain them to a judge in simple English so that the judge then understands them too.