A SMOG Tech Can Earn a Really Good Living, but There Is a Downside

Training to be a SMOG technician in California can be a great way of making a living. You can undertake a course that you can complete in as little as ten weeks provided that you pass the necessary exams, and once you have done so you can apply for jobs in the industry. 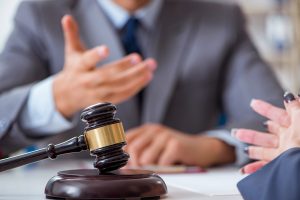 SMOG technicians earn an average of around $700 a week in California according to ZipRecruiter, which is a nice income.

However, as with most things, there are always a few possible downsides. As a SMOG technician, one of those is the customers! Quite obviously, you have to carry out your work appropriately, and that means that there are going to be situations where you have to fail a vehicle. Unfortunately, the customer is not going to like that! In one sense, that is fair enough, but the problem is that customers can become really unpleasant when you fail their vehicle.

It can fail on a number of different issues, such as exhaust problems, ignition system, fuel injection system, air injection system, faulty sensors, a loose gas cap, and even waiting too long between oil changes. So, the point is that it can be an almost daily occurrence when you are a SMOG tech.

The Threat Of The Bureau Of Automotive Repair

Here’s the problem: if the BAR thinks that you have passed a vehicle when you should not have done, then it will do everything it can to put you out of business. You could have done everything correctly, but that’s not the point. The point is that the BAR believes that you are in the wrong!

They get up to all sorts of sneaky tricks in these circumstances, such as sending out vehicles with faults that are difficult to detect in order to try to force you to make an error! Yes, seriously!

Mr Ferreira has over ten years of experience in defending SMOG technicians against the BAR, and he has an incredible success record. So, if you hear from the BAR and you need a SMOG technician defense lawyer, call him right away. Don’t hesitate – if you want to keep your job!