Being a Smog Station Owner Has Its Problems, Especially the Bureau of Automotive Repair in California 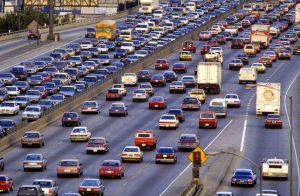 When you run a SMOG station you have an almost unlimited stream of customers because they HAVE to have their cars checked over and passed because otherwise, they cannot drive them. So, finding customers is not usually an issue.

However, it’s by no means plain sailing because there are other issues that you have to deal with, not the least of which are cars and pollution. Then comes another problem: the customers whose cars fail to pass. At the very minimum, they are not going to be happy bunnies. However, others can go to extremes, shouting and swearing, calling you and your staff liars, and so on. You may have plenty of customers, but you probably wish that some of them had never chosen your SMOG station in the first place.

Then There Is Another Issue

Then you have another issue. It is known as the Bureau of Automotive Repair, and its’ purpose in life seems to be to put you out of business. While many of your customers whose cars fail the test believe that you don’t pass enough of them – and especially THEIRS, because there is “nothing wrong with it!!!” – the Bureau of Automotive Repair believes that the opposite is true: you don’t fail enough of them! And when they believe that they come gunning for you, because as far as they are concerned you have no right to be in business.